Four short days after my return from Seattle, I was once again boarding a plane.  This time it was with Monkey Toes and we were headed to Nashville.  It was my first trip to Tennessee and I was hoping for some warmer temps (we left when it was subzero in Minnesota).  It was warmer in the south; low 40's.  Hey, that is a 60 degree difference, so I will not complain.  In addition, Monkey took me into the Sky Lounge at the airport, which he gets to visit due to his frequent traveling.  I am certain that these lounges are secretly located and their entrances magically appear when a member approaches.  I had no clue such places existed.  Fancy Shmancy if you ask me.

This trip was a combination of work and vacation.  Monkey was there on business and I was given the opportunity to tag along for a few days.  So when we (or rather he) wasn't working, we were taking in as much of Nashville as time allowed.

We stayed across the road from The Grand Ole Opry.  It was not at all how I had imagined it to be.  Somewhere in my mind I pictured The Opry being more rural and, well, kind of southern-belle looking.  Monkey reminded me that it IS an auditorium, not a plantation.  Although we didn't have the opportunity to take in a show, we did walk around the grounds and ate at The Backstage Grill.  I had a pulled pork sandwich which "delicious" would be an understatement.  After the first bite, I ditched the bread and just ate the meat.  I did offer some to Monkey, but he said he didn't want to interrupt me, as I was pretty close to licking my forehead.  So, so good! 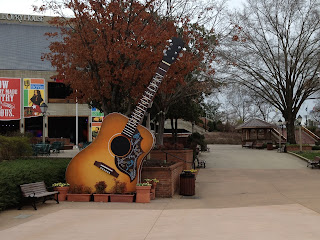 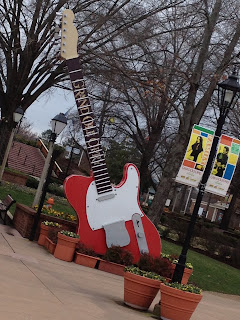 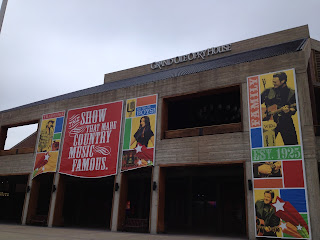 Next to our hotel was McDonalds with its own radio station. 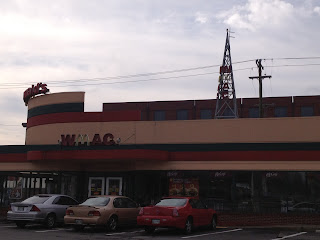 Behind our hotel was The Dukes of Hazzard Museum.  Monkey wasn't sure why I wanted to visit here, but all I have to say is this:  Dukes of Hazzard lunch box - 4th grade.  And I had a crush on Luke Duke. 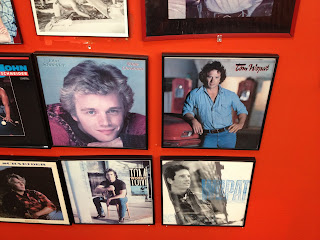 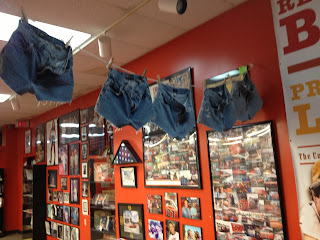 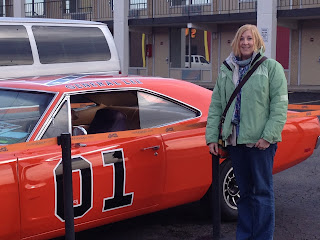 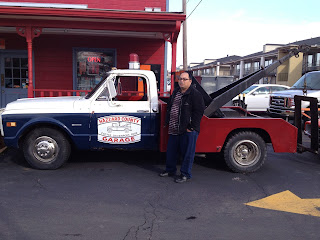 Another amazing place to visit is the Convention Center.  It encases the original Opry Land Hotel, has a 1/4 mile river that runs within it; all under a glass dome that is equivalent to 7 football fields.

The river is comprised of water from all 50 states and many countries from around the world.  There is a plaque listing all of the water sources.  It was fun to see Minnesota and which lakes were represented.

Two consecutive nights we drove to downtown Nashville.  I LOVED IT!  It was bright and crowded and there was live music in every establishment.  There was a bar with three levels to it and there was a different band playing on each floor.  Many people were walking the streets with guitars strapped to their backs, along with street performers on every corner. 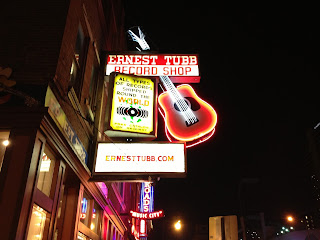 The second night, we ate at Wildhorse Saloon.  This was also a 3 story bar & grill, with a big stage and a large dance floor where they teach line dancing.  Larry Frick was performing that night.  He sang Waylon, Willie, Merle, Johnny, and I'm pretty sure he played a little Sawyer Brown.  We enjoyed BBQ while listening to him sing.  He even performed "Purple Rain", which I'm pretty sure was dedicated to us.  This place hosts quite a few big names, but also different genres.  Along with Reba, Blake and Keith, they have also hosted: 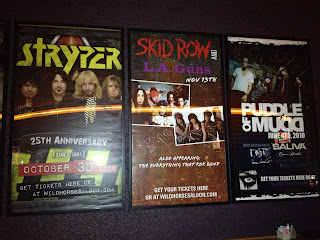 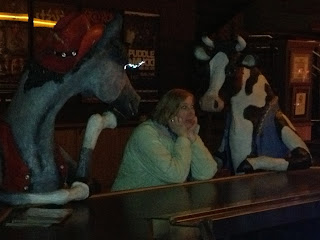 I also wanted to throw my support behind two companies that we don't have in my home state.  So we visited: 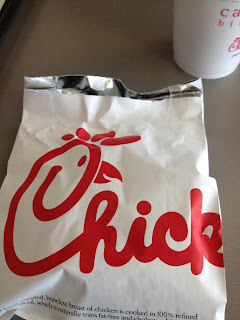 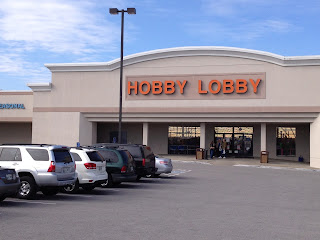 Nashville is another place I would love to visit again.  Next time, I definitely want to see a show at the Opry and take a drive to Memphis.  The people were friendly and I fell in love with the southern drawl.  I found it completely enduring when I was called, "darlin" and "sweetheart".  The food was amazing:  beef brisket, fried green tomatoes, ribs, fried pickles, BBQ pork, banana pudding and sweet tea.  I'm pretty sure I gained a pound or two while there.  Above all, the trip was fantastic because I was able to spend a few days away  with Monkey.  Our lives get very hectic with kids, work and schedules, so a little time alone together is a good and much needed thing.  Monkey had to stay an additional three days, so I made the journey back to Minnesota by myself. 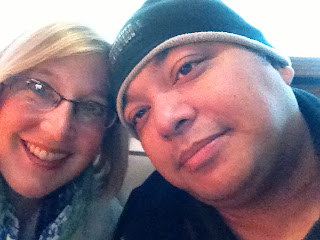 Motherhood welcomed me at the door when I returned home.  It not only welcomed me but embraced me and then flung me right back into reality.  I arrived home at 6 pm.  After loving up the little Love Bugs, I walked into the main floor bathroom and found an over-flowing toilet.  So I went to the downstairs bathroom where that toilet was plugged.  At 6:32 pm, I was on my way to Urgent Care with Cucumber.  At 7:30 pm, I was on my way to the pharmacy, and at 9 pm, I crashed on the sofa, fully clothed where I did not move until 6 am the next morning.  I only woke up at that hour because the school was calling to announce a two hour late start due to the cold, fog and ice.

Even though I arrived home to chaos, I am still thankful to be Home.  I immensely enjoyed two trips (albeit very different) with two of my favorite people.  I visited places I have never been and would now love to go back.  I learned new things, ate new foods, met great people and slept.  I am thankful for all the help we received, making these trips possible.  Now that we are all back and under one roof, I can honestly say that this is my favorite place to be, with my family, living this life and grateful for every moment; even the challenging ones.